Irishisms - Words we use in Ireland

Our ESOL students learn to communicate, gain confidence and integrate into the community. But, what about when they hear “Irishisms”?

“Irishisms” are specific Irish expressions. To help, our ESOL tutor Aileen Lebroquy has given a list of some of the most popular ones!?

Save this blog post to your favourites to see when you need to. 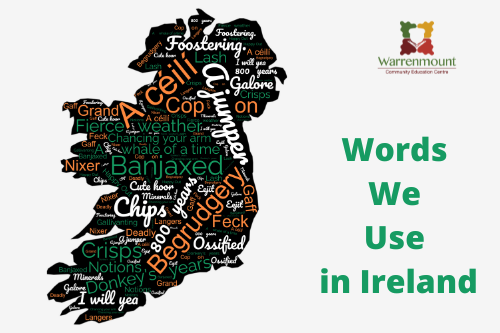